After surviving, and enjoying the hottest month of the year in Tucson, we decided to head for the higher elevations of Arizona for July: the Grand Canyon, Mogollon Rim and the White Mountains. We’re trying to enjoy some time being not so connected, so I won’t do many postings until we return to Tucson in August. I’ll post a few photos on this post now and again: 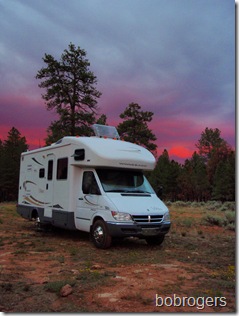 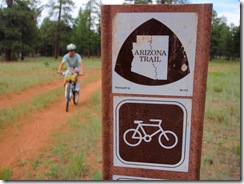 Claire on the Arizona Trail 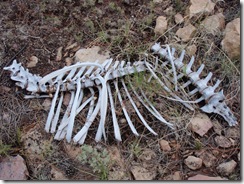 Mule deer skeleton along the trail

The Grand Canyon never gets old, just more crowded, but we have a few strategies for that. 1. Get around by bicycle or free shuttle bus. 2. Avoid the west end. 3. Just walk away from the crowds; the best views are elsewhere. 4. Camp at Desert View. 5. Stay several days. 5. Get up for sunrise, the tourists sleep in. 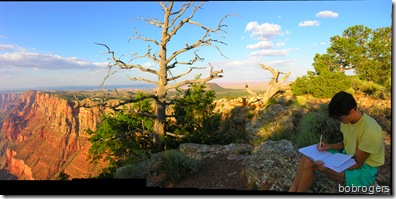 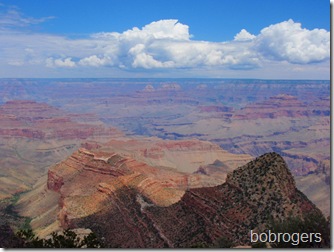 Tanner Trail in Grand Canyon: This hike was only about six miles, but around 2000 feet down and then up. Our quads noticed our lack of hiking the past few months. The hike is near Desert View and a simple, if steep, in and out to a beautiful saddle and beyond, as far as the river if you want, a 15 mile hike we weren’t up to, particularly in July. It gets HOT down there! 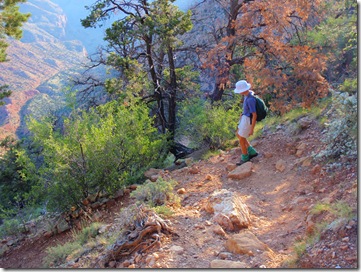 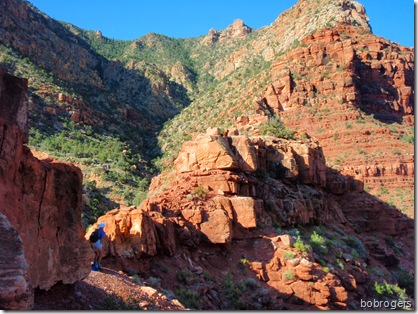 Down, from up there, to see more down, then hike back up. Hmmm. 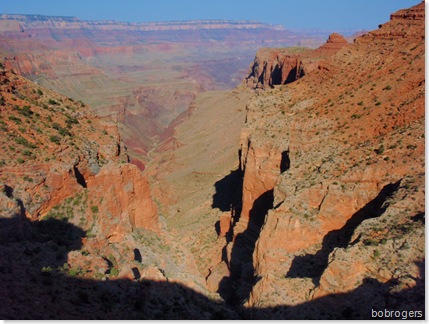 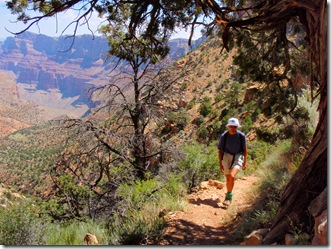 After the Grand Canyon we boondocked a couple of nights on the east side of the San Francisco Peaks near Wupatki and Sunset Crater National Monuments. There is a challenging loop of 58 miles with tons of climbing we had been wanting to ride for years. There happened to be a cancer ride the same day, so we got to interact with other riders. We were doing fine until the racing team passed and we just had to try and hang on the back; too bad the hill was a little too long…about a mile. 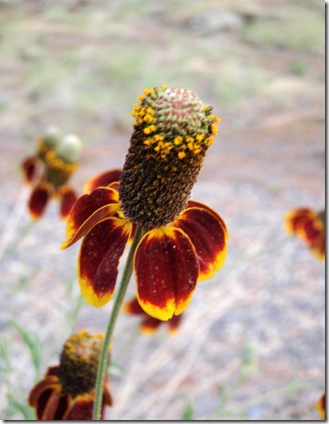 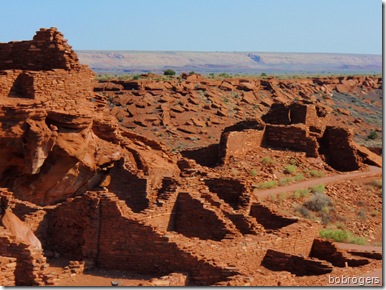 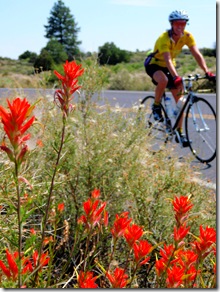 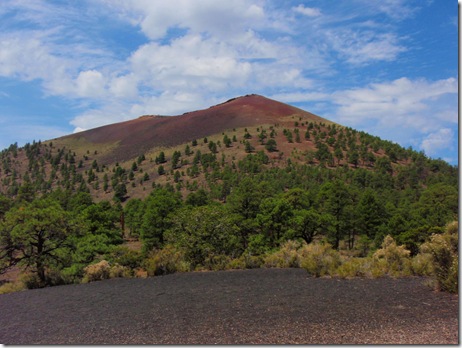