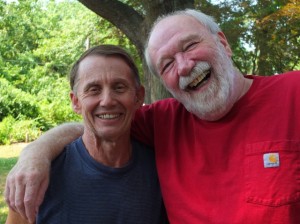 In the spring of 1967, Jon Webb, with the blessing of Kenner Bush,  Publisher, hired me as a photographer for the Athens Messenger. In a year or so of producing the Picture Page, the most popular feature of the daily newspaper, Jon had become a legend, an inspiration to many young photographers, and writers, who dreamed of having the freedom of self-expression Jon had created at the Messenger. I was lucky enough to grab on to his coattails for a ride that would change the direction of my life, not a small thing. Working with Jon drew out the best in me, things, thoughts, feelings, and talents I didn’t know I possessed. Jon was filled with energy, talent and an idealism that found expression through his work, in a day when such were rewarded, not with money but freedom. We reveled in it, and worked our asses off. I learned more from Jon, and that freedom, in the less than two years we worked together than I learned in all my schooling, including a Master of Fine Arts. The difference was one of passion. Jon worked and lived with a passion that was infectious. He would go on to greater things at the Louisville Courier Journal, win the most prestigious of awards, and as is unavoidable for a passionate one, ruffle a few feathers. I did a bit of that myself, and that’s probably why we both ended up working most of our careers as freelancers of one sort or another. And we’re not sorry one whit! 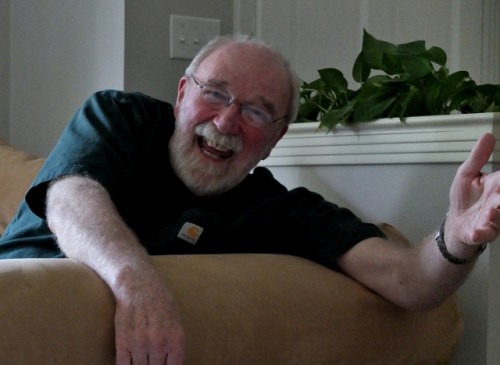 Ken Steinhoff (last post) had found in his storage shed (Ken saves everything thank goodness) a bunch of Picture Pages. I used the delivery of them as an excuse to invite myself, and Claire, to visit him in Louisville. As with Ken, there was a bit of bemusement at the prospect of seeing me again, one who was in his life for a very short period of time, more than forty years before.

At a distance I would not have recognized Jon had I passed him on the street, nor he I; forty plus years changes a body! But as I got closer, and the small talk proceeded, I began to notice bits of body language that hadn’t changed. As the memories of that time begat one story and another and another, suddenly there was a thing that touched me: an unmistakable Santa Klaus glint in his eye, a window into the humor and joy that is at the heart of the man; always has been, always will.

Of course we’ve had our struggles, but neither of us tend to dwell on those. I wanted him to met Claire, love of my life and partner in the continuing adventure. I could tell he fell for her. They all do.

I was able to tell him how important he was to me and to see him surrounded with family and love. Claire and I both enjoyed our time with him and left with new memories. I wish him well as the journey continues for us both.

Please don’t put off telling the important people in your life that they made a difference. You’ll both be happier for it.